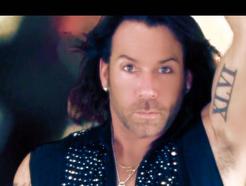 Darren Lee Cupp is a dancer, singer and actor that was born in the United Kingdom and began his ballroom dance career at a very young age. He has trained all over the world and been coaching, competing, and teaching dance for over 20 years. He has worked with some of the biggest names in the industry including some of the professionals you see on Dancing with the Stars.

Turning to the entertainment industry he began singing, acting, and modeling and worked on the promotion of many motion pictures. He has done extensive work on stage and even choreographed Legally Blonde: the musical while playing the principle role of Emmet on stage. When Liz Claiborne launched the perfume Mambo, Darren and his studio were chosen to to promote the perfume.
In 2012 he performed with Madonna in the Emmy nominated halftime show at Super Bowl 46. Darren has also starred on the big screen as Dracula in the Independent film Dracula Now and was the subject and star of the international reality television show “Dance Dream” which aired in 47 countries and earned him a nomination for a star on the Latin American walk of fame in Mexico City.
In 2015 Darren produced and starred in the reality show called Ballroom Revolution. In the fall of 2016 he launched his first music EP that was produced by the legendary Warren Mcrae. Warren not only plays base for Tina Turner but he has produced albums for Tina, Patti LaBell, Nona Hendrix, and Joe Cocker to name a few. As well as a music EP he designs his own bracelet line called “The Ballroom Collection”.
He owns and runs Darren’s Ballroom Dance Studios in Carmel Indiana.